Drawn together, a group of friends must come to terms with events and secrets of the past. 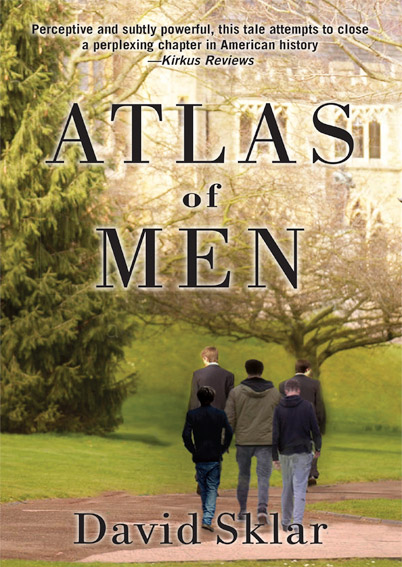 Robert Thames is a middle-aged Filipino-American government physician specializing in infectious diseases. He travels the world searching for indigenous medicinal plants and herbs that might produce antibiotics capable of curing diseases that are resistant to treatment. He has not had much recent success though, and the government is considering eliminating his job. This would be a disaster for Robert. A complex love triangle from long ago has left him alone, guilty, and unwilling to forge long relationships, and he has very little in his life outside of a single-minded focus on his career. As he faces his uncertain future with deep dread, three boxes arrive via UPS on his doorstep. Sent by a retiring school doctor (a close friend of Robert’s late adopted father), the boxes contain files—nude photographs and “scientific” research that was done (without permission) on Robert and other male students in the private New England prep school they attended when they were teenagers. The retiring doctor hopes Robert will complete the research study and publish the results.

Robert has never chosen to question the validity of this “study”—or even to look back at the embarrassment and trauma of being photographed naked in front of his classmates, but the files shock him into intense memories of the shame he felt at being different—dark skinned, small, foreign—and the constant stress of competition for grades, sports and girlfriends that led to his lifelong anxiety and feelings of failure. The one refuge he had during those difficult school years was a standing card game—bridge—where winning depended on not only skill but luck. The games drew an odd mix of boys who, like him, did not fit the prep school mold. But those close friends had drifted apart after a late-night party at a faculty apartment led to disciplinary actions and the terrifying and humiliating risk of a scandal. The files motivate Robert to contact a former classmate and best friend, Steven, who is now deathly ill. Robert visits Steven, and they have an intense confrontation about what happened between them years before. Shaken, Robert finds himself deeply ensnared in the intrigues of forty years ago. What transpired that night at the faculty apartment? Was it connected to the hints of hidden sexual abuse at the school? What is the meaning of the files and the research? What is he willing to do now?

At Steven’s insistence, Robert tracks down the rest of the bridge group. Steven’s dying wish is for one final card game—one in which the boys, now all successful men, will lay down the cards they had been hiding years before. The group, as if magnetically drawn, comes together. Each man must now confront his former self, displayed in the photographic images of 40 years ago and the reflection of that image in the frozen memories of his friends. The truth of what happened the night of the party hangs over the men, and, driven by the intensity of Steven’s deathbed scenario, they must each choose to confront or deny the lies and betrayals forced upon them in the prestigious prep-school.

PURCHASE ATLAS OF MEN
Will they admit the truth of who they were then and who they are now to themselves and to each other? Will they stand up, exposed and naked, as they once did years before for the research project? Or will they stay in their seats, mesmerized by the ebb and flow of the cards, and life, flying by them?